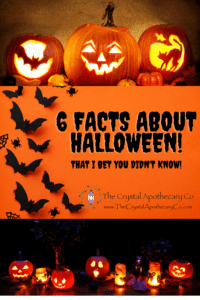 The word “hallow”, meaning “to hallow out” or “to make holy,” comes from the Old English words halig (“holy”) and wylle (“will”). This gave us the phrase “hallowed be thy name.” In some traditions, people dress up as ghosts, witches, goblins, skeletons, etc., and go door to door asking for treats. Other traditions include trick-or-treating, carving jack o’lanterns, decorating houses with pumpkins, and watching scary movies.

Halloween originated in the Celtic culture. This ancient tradition dates back to 2,200 BC. It was originally called Samhain, which meant “summer’s end.” During this period, Celts believed the veil between our world and the spirit realm parted, allowing spirits to cross over into our dimension. They believed it was important to honor those spirits because without them, life itself could not exist.

The Romans brought Halloween to Britain around 400 AD. However, it wasn’t until the 1800s that a holiday evolved out of the origin of the Celtic festival. By that time, the name had changed to All Hallows’ Eve.

Today, Halloween is a combination celebration of two separate festivals. One is known as Pomona, while the other is Feralia. Both are part of Roman Catholic tradition. Pomona was a fertility goddess associated with apple trees. She was often depicted carrying an apple tree in her arms. When she died, she became the goddess of fruitfulness. Feralia was a harvest festival honoring Ceres, the mother goddess of agriculture. People would go door to door begging for food during this festival.

Early Christians adopted pagan traditions such as Pomona and Feraliea and incorporated them into Christian festivities. For example, the word “All Hallow’s Eve” came from the Latin phrase “omnium illuminatio,” meaning “light for all.”

In modern times, people still observe Halloween by bobbing for oranges. Some believe that the practice stems from the old English custom of bobbing for apples. Others say it began in Ireland where they used to throw turnips at one another. Regardless of how you choose to celebrate, we hope you enjoy the season!

6 Facts about Halloween: All Saints’ Day

The Roman Catholic Church officially recognized October 31st as All Saints’ Day on June 29th, 1970. This day commemorates all saints who lived throughout history. In addition to honoring the dead, it is also meant to encourage believers to look toward heaven and pray for the salvation of others.

In medieval times, All Souls’ Day was celebrated on November 2nd. During the Middle Ages, there were no saints named All Hallows. Instead, the term “all hallow” referred to the entire month of November.

Halloween originated in Ireland, where it became known as Samhain. Originally, Samhain was a Gaelic holiday observed around the end of summer. On this day, the Celts believed that the boundary between the living world and the spirit realm shifted. They thought that spirits could cross over into our world. For example, ghosts and goblins were considered to be good luck charms because they represented the souls of the recently deceased.

During the Middle Ages, the celebration of All Souls’ Day changed dramatically. The Irish began celebrating Halloween on November 1st, and the English followed suit. Over time, Halloween evolved into a night of revelry and trick-or-treating.

The origin of Halloween is shrouded in mystery, but most historians agree that it has an origin around 4500 BC in Ancient Greece. Some say it came from the Celts, while others believe it was brought to Britain by Irish monks. Regardless, Halloween eventually spread throughout Europe and into North America.

In the United States, the celebration grew out of the Catholic Church’s All Saints Day observance. On November 1st, people celebrated the dead, including saints and martyrs, but October 31st marked the start of the season of death.

People believed that spirits roamed the earth during this time, and many feared being attacked by ghosts. To protect themselves, they wore costumes and carried weapons. This practice evolved into trick-or-treating, where children went door-to-door asking for candy.

Today, Halloween is one of the biggest holidays of the year. Americans spend billions of dollars on decorations, costumes, parties, and candy. And, of course, there are haunted houses, pumpkin patches, and scary movies. 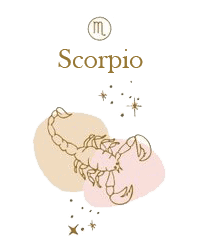 6 Facts about Halloween: History of Trick-or-Treating

Halloween is one of the most popular holidays in America. Kids love it because of the costumes, parties and treats. But how did trick-or-treat start? And what happened to those creepy old ladies dressed in black?

In colonial times, young girls dressed up like witches and asked for candy. They called themselves “witches” because they wanted to scare people into giving them sweets. This practice eventually became known as trick-or-treating.

By the early 1900s, parents were trying to protect children from scary things. So they began telling kids that if they went out trick-or-taking without a parent, they could get hurt.

Parents also tried to make Halloween fun by dressing up like ghosts and goblins which was not part of the origin. These days, some parents still do this. But others are concerned about safety issues. For example, there have been reports of teens being attacked while walking around neighborhoods alone.

6 Facts about Halloween: All Souls Day and Soul Cakes

In medieval times, souls were thought to roam free during the day, while ghost were believed to be able to walk about at night. Soul cakes were baked in an effort to appease evil spirits. They were given away during All Souls Day celebrations in Europe. On November 2nd, people still bake soul cakes today. These cakes are typically made of flour and sugar, representing the soul of the deceased. They are often left outside the door to ward off evil spirits.

6 Facts about Halloween: Black Cats and Ghosts on Halloween

Halloween is celebrated around the world every October 31st. This day marks the beginning of the Celtic celebration Samhain. In Ireland it is called All Hallows’ Eve; in Scotland it is known as Hallowe’en; and in England it is referred to as All Saints Day. During the Middle Ages, people believed that ghosts and demons roamed the earth, especially during the night.

To protect themselves, people wore masks and costumes, and carried objects such as bells and candles. They left food out for trick-or-treaters, and lit fires in their homes.

The word “trick-or-treating” originates from the custom of children asking door-to-door for treats. When asked what he wanted, one child might reply “a treat,” while another child might say “two tricks.” A treat could be anything from candy to money. Children usually went door-to-door dressed up as ghosts, goblins, princesses, angels, animals, etc., and received sweets and small gifts.

In some cultures, the tradition of dressing up and collecting treats continues today. For example, in Germany, children go house-to-house and ask for candies, chocolate, and sometimes even money. On Halloween, many German families put out bowls of sweets and goodies for kids to take home. Some parents give out apples and oranges, too.

Today, people dress up as monsters, superheroes, clowns, pirates, fairies, vampires, zombies, ghosts, aliens, and other creatures. Many people wear scary masks, and others carry fake weapons. Sometimes, adults dress up like children, and pretend to be younger than they really are. Adults often do this because they don’t want to scare young children.

Trick-or-treat is a fun way to celebrate Halloween. But there are still plenty of superstitions surrounding the holiday. If you’re planning to attend a party or event where trick-or-treating takes place, make sure you know about the traditions of the area.

Looking for Halloween zodiac crystals?  Check out these Scorpio crystals!

Still need to get a costume?  You can see some great ideas here!